The Perfect Union of Budha and Sankara

Even though Advitha as a doctrine was extracted from the Upanishads by Sree Sankara, the 8th century sahe and philosopher, it was See Narayana Guru who transformed the Advitha pholosophy from an elite theoretical dotrine into a relevant principle of practical applicability.

Thereby he expanded its scope to effect phenomenal socil changes, and enabled one of the most profound ye bloodless social revolution in history.

The intention of this book is to introduce the illustrious life of the sage, Sree Narayana Guru who lived around a century ago in the southern region of India. As a spiritual master, philosopher and social revolutionary, he had a profound impact in the lives of millions of people.

Nobel laureate Rabindranath Tagore described Sree Narayana Guru as a sage of “unparalleled spiritual grace” after visiting him in 1922 at his ashram in Sivagiri. To Romain Rolland, the French humanist and writer, who happened to read about Sree Narayana Guru and his philosophical writings (from the articles published in the 1930s by N. Natarajan, who introduced Sree Narayana Guru to the western world), he was a “ Jnanin in action” or sage-intellectual and activist.

Mahatma Gandhi was tremendously influenced by Sree Narayana Guru’s views on religion and caste. Gandhiji came to the Sivagiri Ashram in 1925 to meet the saint and they discussed a range of issues during their lengthy meeting.

As a philosopher, Sree Narayana Guru was a follower of Advaita whichisthenectarofthe Upanishads, thefoundationof India’s ancient wisdom. The Advaita doctrine establishes that individual self is not distinct from the Supreme Being Brahman. Even though Advaita as a doctrine was extracted from the Upanishads by Sri Shankara, the 8th century sage and philosopher, it was Sree Narayana Guru who transformed the Advaita philosophy from an elite theoretical doctrine into a relevant principle of practical applicability.   read more 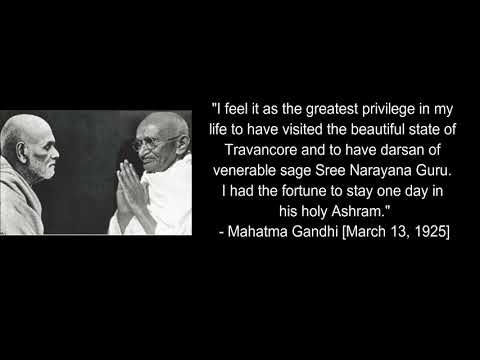 Fill out the form

Asokan Vengasseri Krishnan hails from Kottayam, Kerala and after doing his BS, migrated to USA, continued his education and did his MBA from Widener University, Pennsylvania, USA.

He has published numerous articles on sociopolitical issues in various magazines and newspapers in Kerala as well as in many publications of the Indian Diaspora in the United States.

Asokan has written an authoritative and comprehensive biography of Sree Narayan Guru, one of the greatest philosopher-poet-saint and social reformer of Kerala (1854 -1928)who fought against discrimination based on caste, and creed, down trodden and the oppressed.

Read the full bio
Purchase now the book for Rs 800